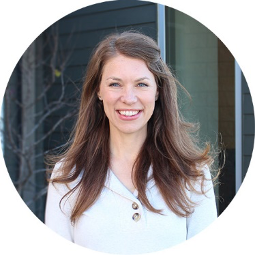 June 20 is World Refugee Day – a day that offers a chance to raise awareness of the plight of refugees around the world and the efforts to protect their human rights. According to the United Nations, 20 people leave everything behind to escape war, persecution or terror every minute.
Last year the Foundation posted a blog exploring three non-profits that are dedicated to serving North Texas’ refugee population. This year, we sat down with Kaitlyn Mullens to learn more about what led her to found one of those non-profits.

It Started with a Student and a Puddle

During her first year of teaching, Mullens was greeted one morning by a kindergartener that was crying, soaking wet and cold. The little girl had fallen into a puddle while walking to school with her sister. It was the winter, and neither girl had a coat.
When the girls’ father picked them up from school later that day, Mullens asked him if she could take the girls to buy coats. He agreed, so later that day Mullens drove to their apartment. Mullens was greeted by little faces peeking out of the various windows – all wondering what their teacher was doing at their apartment complex.
After returning with the coats, Mullens kept in touch with the girls’ family. Through these check-ins, Mullens began to build a relationship with the family.
Mullens was aware that many of her students were learning English or speaking it as a second language, but it wasn’t until she got to know their families that Mullens learned many were refugees.
“Honestly, I didn’t know anything about refugees until I met them. It wasn’t a topic in the news at the time. Even when I started teaching back in 2006, it wasn’t something that people knew about,” said Mullens. “It was really me experiencing my students, and then researching it was how I learned about it.”
As her relationship with the family developed, Mullens started helping out in other ways. She assisted the parents with securing jobs, helped them access government services that they were eligible for, and taught them how to sort their mail.
“By working with this one family, I realized the depth of the need,” said Mullens. “But it wasn’t just this family. Then there were two, then four, then eight and then 10.”
While Mullens continued teaching the parents life skills – such as identifying junk mail, obtaining a driver’s license, protecting their social security card, and knowing where to look to find a job – she also began learning about the refugee process. 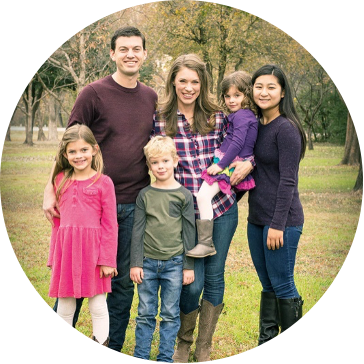 By her third year of teaching, Mullens was helping area families at nights and on the weekends. Over the years, Mullens had slowly assembled an army of people – fellow teachers, the principal, her husband, friends, members of their church, and more – to support the families and share their expertise.
“Language learning was a big need. Adults – parents of my students – would come over to our house in the evenings, and my husband and I would teach them English. We would try to teach them to read, and their kids would come with them. The kids would be playing in our living room, and it would just get crazy!” Mullens laughed.


“It was through that, that I realized, ‘Man, I’m spending all of my free time doing this and I’m barely scratching the surface of this need,’” said Mullens.

In 2009, after three years of teaching, Mullens quit her job and began serving refugee children and families full time. The following year her husband quit his job at their church to join her in the work. After her husband completed seminary school in 2011, they founded For the Nations Refugee Outreach and were awarded their 501c3 status. 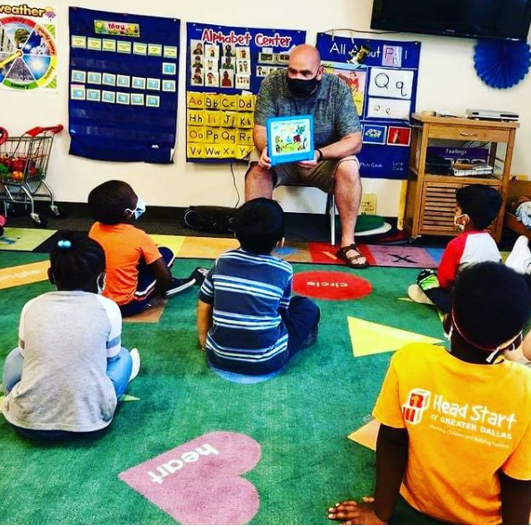 FTNRO continued to grow little by little with new staff members joining the team each year thus allowing them to grow the number of children and families they were able to serve. New programs were added like play therapy for children, trauma healing groups, and ESL for adults.
Throughout the COVID pandemic, Mullens witnessed how children still new to the country were falling behind as a result of distance learning and other interruptions. In response FTNRO started a learning center where kids could come to access their school work. FTNRO provided computers, internet, pencils, paper, and all the materials that students would need to be successful in a virtual environment.
“And then we realized just how difficult it was for the kids to learn in a Zoom meeting. So we ended up launching our own co-op style school in January,” said Mullens. “It functions kind of like a private school in that the kids are here in the building all day. We have teachers, and people with teaching backgrounds, who are teaching classes trying to help catch them up to grade-level.”
“We know that this was always a need. And we know that there some other cities that have this kind of transitional school where the goal is to get kids back into the public school functioning,” said Mullens. “But in the meantime, if you have a fifth grader who doesn’t know the alphabet, then you might need to teach them to read before you put them in fifth grade. So that’s what we’re trying to do here.”
The program has experienced tremendous success thus far.

“We have students who have basically completed three grade levels in reading and math, and are either caught up or nearly caught up to where they need to be,” said Mullens.

Given the success and need voiced by the community, Mullens says she’s considering long-term options for the learning center.

“You shall treat the stranger who sojourns with you as the native among you, and you shall love him as yourself, for you were strangers in the land of Egypt: I am the Lord your God.” – Leviticus 19:35

“I wanted to welcome strangers into our community,” said Mullens when asked what role her faith played in this journey. “I think it’s important to offer hope to people who have experienced really horrific things. Hope – yes, in getting a better education, being successful and getting a job – but ultimately our hope is in Christ.”
“I wanted to take the opportunity to share with people who had come from really difficult places that hope that I have,” said Mullens. “And I want to do that by telling them about Jesus but also by helping them with practical needs.”
The refugee process is an arduous one that can often feel hopeless. In fact, less than 1 percent of refugees get resettled into any country.
When a family does enter the U.S., they are eligible for resettlement services provided by the government to help them get on their feet. Services include training and job development, job placement and skill recertification. When the refugee resettlement program began in 1975, refugees received five years of support, however, due to program budget cuts, refugees now receive three months of support.
This shortened resettlement period has created opportunity for community organizations to bridge the gap between arrival and self-sufficiency. This is where Mullens and her team at For the Nations has stepped in. 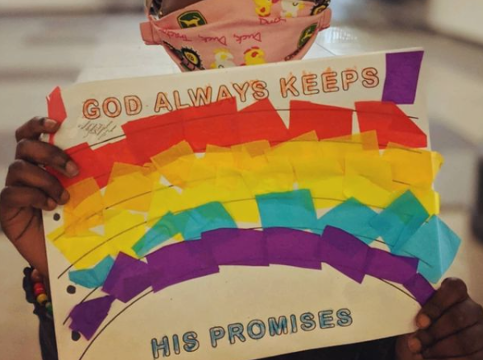 “We’ve always been an organization that values helping for real, but also sharing the Gospel,” said Mullens. “We’re a Christian ministry – very solidly – but we also want to make sure we’re not just helping as a cover for that, but that we actually help people with real needs.”

About For the Nations Refugee Outreach

The mission of For the Nations Refugee Outreach is to provide educational and family services that help meet the practical needs of refugees and to share with them the gospel of Jesus Christ.
FTNRO’s strategy is to help educate refugee children and their parents in basic language and literacy, to support the acculturation process, and to provide training in life and job skills. FTNRO presents a gospel message at each language class, offers pastoral training, develops community events in partnership with churches, provides summer Bible school, Bible studies for adults and children, builds strong healthy relationships, and includes Christian teaching through overt gospel presentation and Bible reading in all preschool, after-school, and educational courses for adults and children.

The Rees-Jones Foundation supports experiences for children and youth that build Christian discipleship, cultivate character, and teach healthy lifestyles. The hope is for youth to have experiences that instill moral character, introduce a Christian world view, and develop qualities of a Christian servant leader, such as humility and integrity.
The Foundation has also supported the following organizations that serve refugee populations: